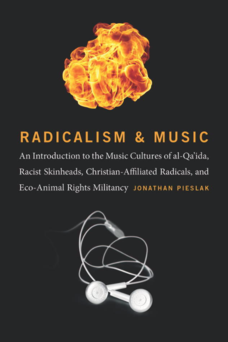 In 2009, I began research exploring the varied roles of music in radical cultures. Radicalism and Music is a comparative study of the music cultures of four diverse radical groups: al-Qa’ida, the American racist skinheads, Christian-affiliated radicalism, and eco-animal rights militancy. The intention of this study is to offer an introductory documentation, examination, and interpretation of the varied functions of music within these distinct radical environments.

My scholarship was supported by a Guggenheim Fellowship and culminated in a book published by Wesleyan University Press in November 2015. Among the specific groups addressed and notable highlights of this research, include:

Interlude.  Race Faiths and Music: The Intersection of White Supremacy and Christianity