Jonathan with Tomas Haake from Meshuggah

"Re-Casting Metal: Rhythm and meter in the music of meshuggah" 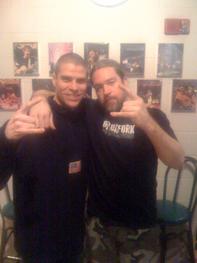 In 2007, I published one of the first scholarly articles to explore rhythm and meter in the music of the Swedish metal band, Meshuggah. When Meshuggah's sixth album, Obzen, was released in 2008, Nuclear Blast Records mentioned the article in the press packet, and since then the article has become fairly well-known among fans, musicians, and metal authors as a reference source for the rhythmic and metric techniques that distinguish their music. Here is a link to the article.